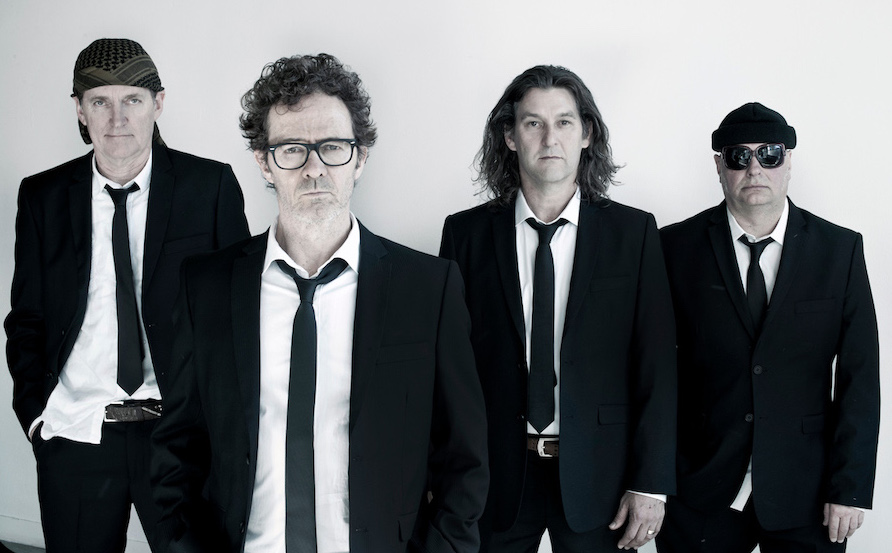 The lead singer for the Choirboys will be getting up to mischief at the Big Skies Festival 2020 – from 29 April to 3 May at Jimbour House – with Daryl Braithwaite his target.

With Australia Day just around the corner, larrikin Mark Gable has been inspired to play a prank on his fellow muso.

“I can’t wait, I have a lot of friends there… I’m very happy to see Dragon again because I love picking on them, I love particularly picking on their drummer – he is a wonderful guy,” Mr Gable said.

“But the guy that I really need to pick on is Daryl Braithwaite. When he’s not there, I’m going to sneak into his dressing tent.

“I will rearrange everything and take all the furniture out and replace all the food and drink with leftovers I’ll bring from the city – Daryl loves me.”

Big Skies Festival will be showcasing an impressive line-up of Australian artists, including Kasey Chambers, Killing Heidi, Dragon, the Radiators, and Daryl Braithwaite.

The Choirboys have been an institution in Australian music since forming in 1979, standing the test of time with hits like Run to Paradise and Midnight Sun.

Mark Gable – who has been performing for more than four decades – said the bands are all well-established but when they perform it’s all about having fun and enjoying themselves.

“I’m talking fun, good conversations and comradery so I’m really looking forward to all of that and particularly having a different environment to perform in – that’s always a blast,” Mr Gable said.

“You enjoy it more and more as you get older and if I had to put it down to something it would be fun, you have to have fun.

“We did it differently when we started the band, we learned how to perform live and it’s very different to what happens now – in many ways it’s interesting for people to come and listen to a band that’s grown up differently.”

Big Skies Festival is run by Western Downs Regional Council in a bid to boost the drought-declared economy.

“This is an event that is not to be missed – we are excited to be hosting some of Australia’s most iconic artists who have really made their mark on the country,” Western Downs Mayor Paul McVeigh said.

“At Big Skies Festival, visitors will not only rock out to great Australian music but they’ll experience the best of the west– it’s about camping, delicious produce and experiencing true country hospitality.”

The Choirboys front man said he’s excited to head out west and experience what the region has to offer and hopes others will do the same.

“By being entertained, they’re also giving so much back to the community that really needs it,” Mr Gable said.

“There are amazingly beautiful places people haven’t even seen… you don’t get that in the city and there are some spectacular places in the outback.”

The Choirboys will be playing on Saturday 2 May in front of thousands at the Big Skies Festival at Jimbour House.

The two-day concert tickets are just $150 with camping available from 29 April to 3 May.