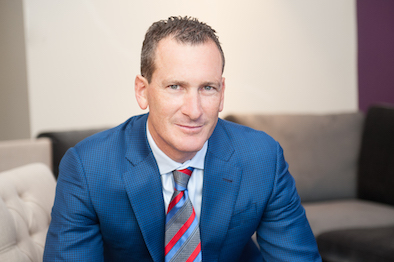 According to a leading Australian compensation lawyer, car crash victims in Queensland are fortunate to have one of the best CTP schemes in the country and the push by some insurers to see wholesale changes based on an argument about the extent of legal costs in the system, should be recognised as self-interest and greed.

RACQ made headlines for calling out the 50/50 rule which is designed so compensation lawyers can only claim 50 per cent of the net settlement with the other half going to their client.

Travis Schultz, principal of Travis Schultz Law, rejected the recent statements by RACQ that suggest legal costs chew up more than half of a settlement or award of damages.

“Currently, the Queensland Government legislates a “cap” on the fees that can be charged by law firms at 50% of the net settlement sum (after any refunds to government departments and payment of out of pocket expenses associated with the claim),” Mr Schultz said.

“But this cap is not mandatory and law firms can elect to self-impose a much lower cap so they can ensure that their clients receive the lion’s share of their settlement or award.”

Mr Schultz said at his own firm, they self-impose a cap of one-third, which means their clients always receive no less than 66% of the net settlement sum. And often, they don’t even reach the cap.

“And we aren’t alone – there are other small and boutique firms who specialise in compensation law who also put their clients’ interests first and foremost and offer lower fee arrangements,” Mr Schultz said.

“If you look at the data, it clearly shows that claimant’s in the CTP scheme who don’t have legal representation receive significantly lower settlements than those that are legally represented – demonstrating that you can’t rely on insurers to act contrary to their own interests and offer reasonable settlements to those that deserve them.

“The CTP scheme in Queensland is one of the best in the country, but there are always ways to find improvements.

“The best tip that I could give any person who is injured in a motor vehicle accident is to do your homework.

“Make sure the lawyer you engage is a genuine expert or accredited specialist, look to engage a law firm with a reasonable fee structure who doesn’t charge uplift fees for acting on a no win/no fee basis. And if you are unsure, get a second opinion.

“If a claimant isn’t happy with their legal representation, contrary to popular belief, there is nothing stopping them from doing some research and finding a low fee lawyer who meets their needs.”

Travis Schultz is the Principal of Travis Schultz Law and has been an accredited specialist in personal injury law since 1999. Recently, he was the only lawyer in Australia to be ranked in the top category of ‘leading’ in all three compensation law areas of public liability, workers’ compensation and motor vehicle law in the reputable and independent national Doyle’s Guide.