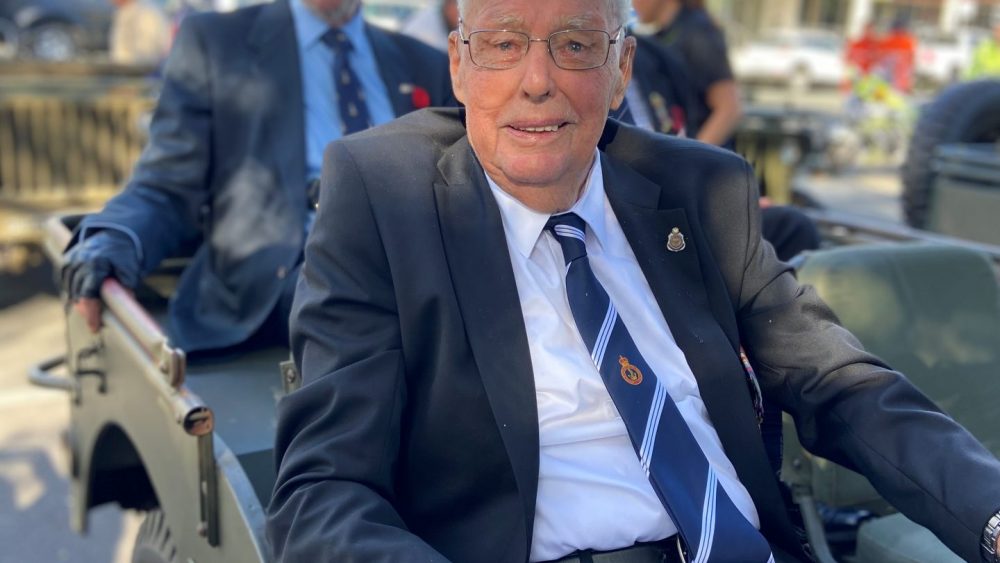 At 98 years of age Arthur (Bill) White is looking forward to ANZAC Day commemorations this year, laying not one, but two wreaths as he takes the opportunity to reflect — something which veterans were denied in 2020 due to the COVID-19 lockdown.

As the number of World War II veterans continues to decrease, they are now tasked with laying multiple wreaths at the annual service, which is a confronting reminder of the number of years that have passed since these brave soldiers fought to protect the freedom of all Australians.

Mr White is a World War II Navy veteran who served for over seven years as a wireless operator responsible for coding throughout the Coral Sea, Burma, Japan and Europe.

“I signed up at the age of 17 and was discharged in 1946 due to ill health – much like everyone else, I suffered from malaria and dengue fever, however at that point I also think my mental and physical health had been through enough,” said Mr White.

It was an eight-year-old Bill who was taken by his father to one of Australia’s first ANZAC Day dawn services in 1930 in their home town of Cottesloe Beach, Western Australia.

“My father had fought in World War I and at the time I didn’t fully understand the importance of the day,” said Mr White.

“He was adamant that we attend but at that age it was hard to comprehend the full extent of what dad had been through.”

“Over the years, the significance of ANZAC Day has changed quite a bit for me. Obviously after I had served it was a tough day for me and many of my fellow compatriots.”

“Now I attend ANZAC Day and realise the importance of educating our younger generations. It’s about teaching our young ones about the history, but more importantly respecting the sacrifices that have been made and continue being made for our country and the freedom we enjoy.”

Mr White has lived on the Sunshine Coast for 45 years and attributes being ‘98 years young’ to keeping active.

“I have always played golf and kept myself busy and even now I still go to gym every week to keep mobile.”

“I have Suncare Community Services come in and assist with some pruning in my garden but I still mow my lawn and cook most of my own meals.”

Suncare Community Services Acting CEO, Angela Massy acknowledges that there is huge benefit in assisting people in their own homes as they age and admires how Mr White has been able to still stay in his family home for so many years.

“Bill has lived a very full life – his business, AKA Building, built the first shopping centre in Maroochydore in 1975 where the Sunshine Plaza now stands and he has always been an active member of the Sunshine Coast community,” said Ms Massy.

“Suncare is so happy to be supporting people like Bill with whatever needs they have – no matter how big or how small.”

Mr White will be laying wreaths on Sunday 25th April for both the Naval Association and on behalf of World War Two veterans at the Cotton Tree commemoration at 8.30am.

For more information on Suncare Community Services and staying active in the community, visit www.suncare.org.au

ABOUT SUNCARE COMMUNITY SERVICES: The not-for-profit organisation was established on the Sunshine Coast 50 years ago, where it served Meals on Wheels to the vulnerable and aging population. It has now grown to more than 400 staff and volunteers across Queensland, helping people stay in their homes for longer. It offers aged care, transport, respite, Meals on Wheels and indigenous support services.

Legal eagles take off in pursuit of record LifeFlight fundraiser

Broken bones or broken down: why all work injuries deserve fair compensation