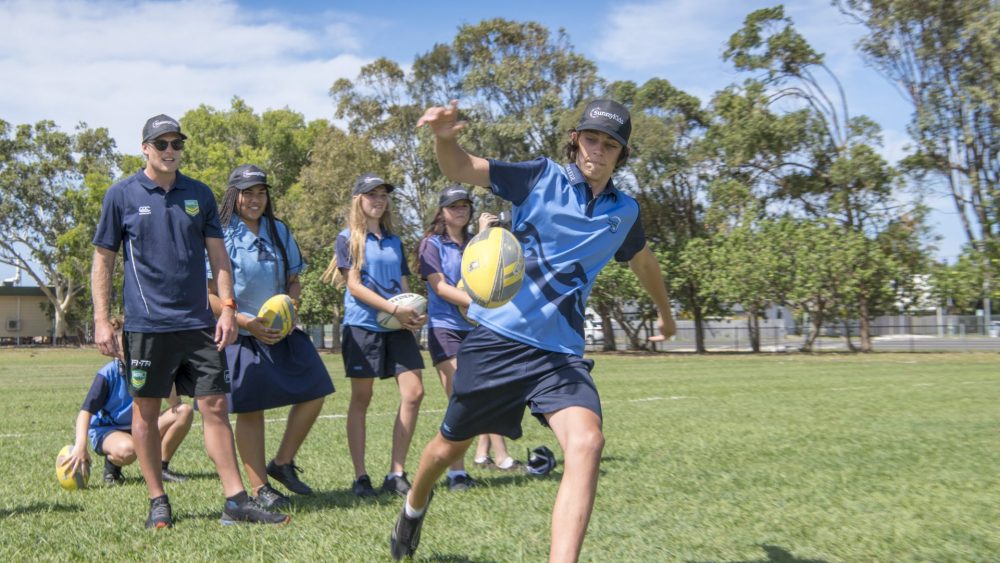 Up to 600 Sunshine Coast families will benefit from an expansion of school services to be rolled out by local charity, SunnyKids, as part of their 2021 funding program.

SunnyKids General Manager Kathleen Hope said thanks to record-breaking fundraising, the organisation will be able to expand its renowned Mentoring Through Sports (MTS) program and the SunnyKids In Schools (SKIS) program in 10 schools across the region.

“Thanks to the generosity of the Sunshine Coast business community, Sunnykids is proud to announce the expansion of our services that will result in nearly 3,000 hours of direct service provision and 144 hours of facilities program delivery, supporting 600 individuals within families who need it most,” Ms Hope said.

“I am also excited to announce the launch of a new child care centre program, aimed at supporting children during their transition from early learning to ‘big school’,” she said.

The pilot program will begin in July 2021 and will initially involve one local child care centre identified in partnership with the Department of Education.

“This new program hopes to reach children and families as early as possible to help them stay on track for a successful future, so I look forward to sharing the outcomes of this new program in due course,” Ms Hope said.

The expansion of SunnyKids services is a direct result of the annual Travis Schultz Winemakers Master Class backed by NAB for SunnyKids, which saw a record-breaking $170,000 raised in May this year. This was the ninth year running for the sold-out special charity event, which has now raised an impressive $610,000 for SunnyKids since its inception.

Event founder and managing partner at Travis Schultz & Partners, Travis Schultz, said not only is the expansion announcement welcome news for the Sunshine Coast community, it’s especially exciting for all those who took part in the Winemakers Master Class this year.

“It’s reassuring for our generous guests to know that SunnyKids will spend every dollar raised at this year’s event on the school expansion program,” Mr Schultz said.

“It certainly makes the record-breaking fundraising effort all the more worthwhile.”

SunnyKids aims to break intergenerational cycles of poverty and disadvantage by providing opportunities for children and families through their SKIS and MTS programs.

“It’s a sporting program with a difference in that we focus on healthy relationships and promoting positive core values within the children,” Mr Reed said.

Participating schools select 10 children to take part in the program who are identified as ‘at risk of disengagement’, which may present as social and emotional challenges, self-esteem issues, lack of confidence, risk taking behaviours and absenteeism including academic delays.

“We are finding that children who have participated in the program report an increased sense of self-worth and confidence, a better understanding of health, nutrition and wellbeing, and are equipped with the tools to better manage anger and conflict,” Mr Reed said.

Complementing the MTS program is the strategic SKIS program, which supports children with social or emotional barriers to education by providing practical, needs-based responses to issues faced by families.

“SKIS provides intensive support to families with the aim of breaking the cycles of disadvantage and systemic dependence,” Ms Hope said.

“SKIS is at the heart of the SunnyKids vision and we are so grateful that because of the generosity of so many, we can introduce this vital program to even more schools in our community this year,” she said.