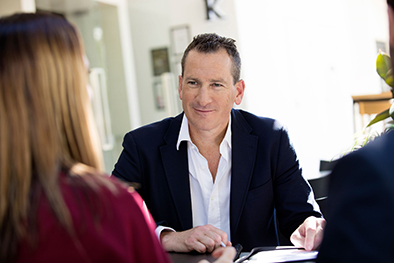 Following another spate of music festival drug overdoses on the weekend, high profile compensation lawyer Travis Schultz has questioned whose responsibility it is to keep patrons safe from harm at these events.

Pill testing has been used at music festivals in Europe since the 1990s to monitor the quality and content of illicit drugs and inform potential users of the risks of what they are taking.

A pill testing pilot trial conducted by Harm Reduction Australia at Groovin the Moo Festival in the ACT last April reported that 42% of participants would change their drug consumption behaviour as a result of the testing. Eighteen percent said they would either discard the drugs in the amnesty bins provided or were uncertain as to what they would do as a result of the information provided by the service.

“While there’s no doubt that we need better education and risk management practices in place to prevent drug deaths, the question is who should be funding this type of service and who is liable if serious harm results from taking drugs that have been tested?” Mr Schultz said.

“Under common law principles there is generally no duty of care owed by a festival organiser to protect patrons from harming themselves through drug use. This means laws would need to be changed to help protect drug takers from themselves.

“But at what point should regulation replace common sense and our duty to take reasonable care for our own safety? This is the conundrum that, as a society, we need to explore.”

Mr Schultz said another consideration surrounding pill testing was determining who was legally responsible for harm or death if patrons used drugs that had undergone testing.

“While on-site testing is fast and easy, depending on the equipment used the process may be limited in the type of substances it can detect. Therefore, it is possible a lethal substance could slip through the cracks. What if a test picks up MDMA at low levels but doesn’t reveal the presence of other potentially lethal compounds?”

At last year’s Groovin the Moo pill testing trial, participants were asked to sign a waiver to release Harm Reduction Australia from “… any liability from personal injury or death suffered … arising or connected in any way from the Services.”

“The fact is, under the warranties implied under the Australian Consumer Law, waivers are of limited benefit to an organisation seeking to exclude any potential for liability. Theoretically, the testing body could be sued for damages if it failed to detect a dangerous drug concentration or other lethal substance. Why should the body providing a potentially life-saving service be exposed to that risk?”

Yet another grey area in the pill testing debate is who pays for this service, with the general public already funding police and sniffer dogs to detect drugs at various music festivals.

“I can see why some would argue that pill testing should be the responsibility of the festival organiser, who benefits commercially from running these events,” Mr Schultz said.

“Or if we look at this initiative as a harm reduction strategy, others may say it’s reasonable for the general public to be footing the bill because it lessens the burden on our ambos and healthcare system down the line.

“The fact remains that some young people will continue to risk their lives by taking illicit drugs at music festivals. Fully exploring the ins and outs of introducing widespread pill testing is an important conversation that needs to happen if we want to prevent more deaths. But we have to be mindful of the collateral damage that ill-considered policy can bring.”