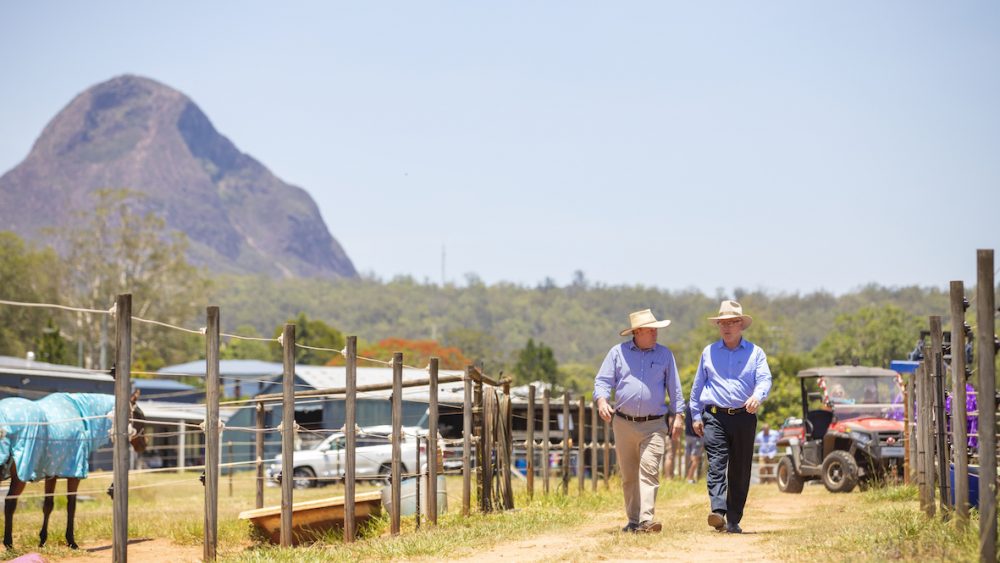 Western Downs Regional Council is giving the Sunshine Coast a sneak peek of the best of the west, launching its Big Skies Festival 2020 – from 29 April to 3 May 2020 – which will feature two days of headline Australian artists at Jimbour House.

In a bid to stimulate the drought-declared economy, Sunshine Coast residents are being encouraged to throw their support behind their country cousins by attending this event, with tickets now on sale at special early bird rates just in time for Christmas.

Western Downs Regional Council Mayor Paul McVeigh said there is no better way to support the bush than through visitation.

“We want visitors to come out and really immerse themselves in the true country life – in 2019 we welcomed attendees from 87 different postcodes!” Mayor McVeigh said.

“From a day trip to short or long stays, if you want to help the bush come and spend some money.

“Next year’s event will be an experience not to be missed, with a line-up of iconic Australian artists – including Killing Heidi, Kasey Chambers and the Choir Boys – who will perform under the majestic country night sky.”

There are limited number of early bird tickets which are priced from $140 for the two-day concert pass – the sale will end when the 500 tickets are sold out.

“The spirit of the Western Downs really shines through at this event, which has everything from camp cooking under the stars, fine dining on the best gourmet regional produce at The Chefs Table event, farms tours and the concert which this year has been extended to a two-day program.”

Western Downs Regional Council is officially drought-declared, receiving just 160.2mm of rain until November this year, compared to 606.0mm in 2018.

“The agricultural industry is one of the Western Downs region’s largest employer so you can imagine the strain this is having on our community,” Mayor McVeigh said.

“Jimbour runs more than 1500 high quality cattle and I think it is important that people can really see how hard our farmers and producers work.”

Russell Pastoral manages the heritage-listed Jimbour House and Adam Armstrong said having the Big Skies Festival’s main event hosted on one of the first stations established in the Darling Downs is a true honour.

“The music concert is set in the grounds of the grand sand-stone mansion and the tours of the estate have become one of the highlights of the event with guided tours selling out two years in a row,” Mr Armstrong said.

“It’s not often people can step back in time and see how generations of people have helped to shape this country.

“The drought has certainly taken its toll on Jimbour – our land is used to grow cereal cash crops and winter forage crops for stock.

“While we’re waiting desperately for rain, we’re so thankful for the rest of Australia to come out to the Western Downs for the Big Skies Festival and support us.”

Some of Australia’s greatest artists will headline the Saturday and Sunday music concert including Daryl Braithwaite, The Radiators, Kasey Chambers and Dragon.

“The great news is that the early bird ticket special for the two day concert have gone on sale just in time for Christmas for anyone who is hoping to find a perfect gift – the festival truly encompasses the best of the west,” Mr McVeigh said.

Camping sites are available for caravans, camper trailers and motorhomes with visitors able to experience an action-packed program which includes the camp kitchen, showcasing home grown produce, a licenced bar and live entertainment.

Arrow Energy proudly support the Big Skies Festival which runs from 29 April to 3 May in 2020. For more information visit bigskiesevents.com.au.