Jaguar Jonze announced as headliner for Nurture Festival – 7 May 2022 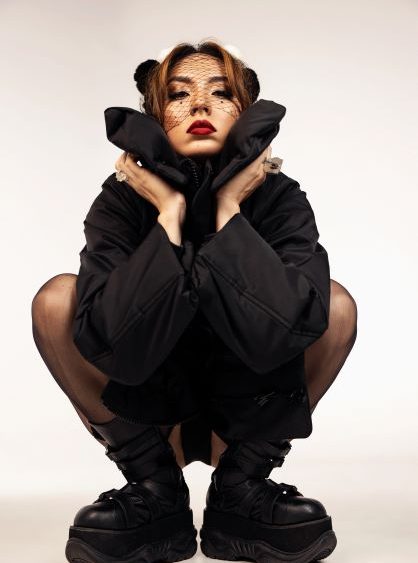 One of Australia’s most exciting trailblazing musicians and #metoo movement advocate, Jaguar Jonze has just been announced as the headline act for Nurture Festival – an inaugural community-based festival that is providing a platform for Sunshine Coast youth to reach out and connect.

In a recent heartfelt and raw performance on the Gold Coast, Jaguar Jonze launched her new single ‘Little Fires’ at the Eurovision Australia Decides event and brought the results of her advocacy in to sharp focus.

“Recording music and creating my music videos is one thing, but being on stage and sharing in a personal moment with my fans and music lovers is something else entirely. I can’t wait to bring that energy to stages around the country, and finally be able to perform for those who have supported me through some of the toughest times in my career.”

Appealing to 15 to 25-year-olds, the ‘Nurture Festival’ will be the first of its kind on the Sunshine Coast, providing an affordable and fun day of music and activities.

The event will also showcase a range of community organisations that are on hand to engage with anyone who is looking for support with suicide prevention, loneliness and isolation, eating disorders, domestic violence, child sexual assault, bullying and the harmful impact of social media.

endED Co-Founder and Chairman, Mark Forbes, is one of a handful of people who started putting plans in place for the event well over a year ago, but is quick to impress that this is the festival the Sunshine Coast community has built.

“The Nurture Festival has pulled together a number of passionate businesses, organisations and individuals who want to see a change in how our youth are being supported,” Mr Forbes said.

“The Sunshine Coast is a very supportive and nurturing community and so it has been no surprise that we have seen so many people who want to be involved.”

A recent study revealed there are an estimated 784 fatal and non-fatal suicide attempts on the Coast each year1 – a statistic that is not lost on Comunite’z Director Nathan Taylor.

“Alarmingly, rates of suicide on the Sunshine Coast are 9.1% higher than the Australian average, and in addition to this, it is reported that young Australians report the highest rates of loneliness, despite being in contact with large numbers of people every day at school, university or work,” Mr Taylor said.

“Too many times a young person can’t find the lived experience support they need or know where to turn if they are struggling.

“The goal is that the Nurture Festival platform will introduce them to activities or support mechanisms to combat the isolated feelings they may have.”

Ambassador for Nurture Festival and also the Mental Health Foundation, country music singer Jade Holland knows all too well how important it is to seek the help you need when it feels like your world is turned upside down.

“I was only 21 and had been severely let down with fake tickets to the UK to take up a lucrative recording contract,” said Ms Holland.

“I experienced such severe depression that I shut myself away for an entire year, gave up music and didn’t hum a single tune; I was drinking a bit and not living a life at all.”

“Dad was the one who sat me down and told me that seeking help was nothing to be ashamed of and that he had in fact done the same thing only ten years earlier.”

“I use my music as not only a way to convey my story but also to connect to a community of people who have similar experiences or feelings to me,” said Ms Holland.

The artists selected for this year’s Nurture Festival all have a tale to tell and they will be joined by a range of community organisations who will be facilitating fun activities and sharing information.

There will also be a Talk Tent providing an informative and fun series of chats, as well as local schools performing dance and music routines.

“We want to provide a safe space for youth to open up and have a conversation about how they may be feeling and provide them with connections they need to move forward,” Mr Forbes said.

“We know there is no single solution to improving someone’s mental health, but we know that when people feel like they have a ‘team’ of supporters and have the opportunity to talk things through, someone struggling is less likely to act.”

To see both Jade Holland and Jaguar Jonze take to the stage you can book a $5 ticket by visiting www.nurturefestival.com.au. Gates will open at the Lake Kawana venue at 10am on Saturday 7 May with the first act kicking off from 11am. The event will close with Jaguar Jonze and be finished by 10pm.

Legal glitterati raises $10,000 for LifeFlight with a taste of Barossa in Brisbane