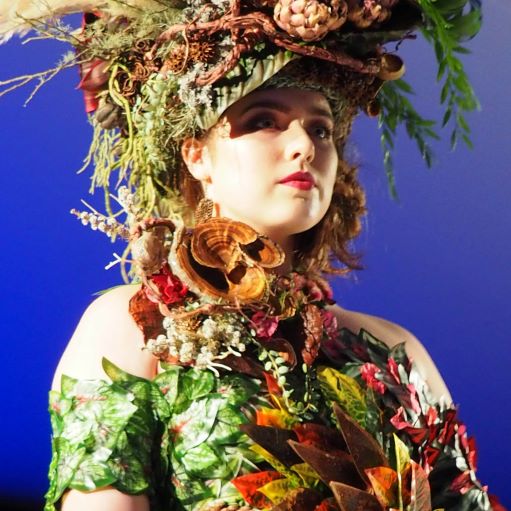 A touch of Hollywood, racing royalty and a fusion of fashion and art is set to delight audiences

A 25 metre long catwalk will be the platform for the Australian Wearable Art Festival where 42 national and international works will be showcased in a spectacular fusion of sculptural art and haute couture to an estimated 1000-strong audience on Saturday 21 May.

This year’s much-anticipated event has attracted the who’s who of fashion and art with the appointment of Damien Anthony Rossi or ‘Mr Hollywood in Oz’ as Festival Ambassador and the larger-than-life Brisbane media personality could not be more excited.

“Having been raised in a showbiz family in Tinseltown, the biggest night of the year was the Oscars and I loved watching the amazing outfits of celebrities on the red carpet,” said Mr Rossi.

“I actually still love watching all the Hollywood award nights, where every outfit is anticipated and critiqued and I particularly love the celebrities who shock and stun us with their daring outfits – who could ever forget Lady Gaga and her infamous meat dress!”

“I know that with the high calibre of artists and designers involved, this year’s Australian Wearable Art Festival, is going to give us a taste of this fabulous finery and treat us to something very special.”

Mr Rossi has been involved in the fashion industry for over two decades. He has own fashion events such as the ‘Rossi’s Oscars’ – an iconic event that ran for over 20 years and raised over a quarter of a million dollars for charities, produced the celebrated ICON fashion event for Brisbane’s Treasury Hotel and is the long-term Fashion Ambassador for the Brisbane Racing Club.

“I love how the Australian Wearable Art Festival is supporting the wealth of talented artists and designers that we have both in Australia and internationally and giving them this incredible creative platform.”

Event Curator, Wendy Roe, said that Mr Rossi is a great asset to the event, not only taking on an ambassador role but also welcoming guests as MC alongside Mix FM’s radio announcer Samille Muirhead at the Gala event.

“We have artists coming from Karnup in Western Australia to Kureelpa in Queensland and we also excited to be hosting acclaimed international wearable artists from Argentina, United States, Singapore and New Zealand,” said Ms Roe.

“Due to the show being postponed for two years, artists have had lots of extra time working in their studios to fine tune their pieces, ensuring the runway will come alive with everything from beautiful fresh flowers, repurposed coffee pods, bottle tops and fruit and vegetable packaging.”

“For the uninitiated, expect the wow factor – a fusion of Met Gala Ball meets Paris Fashion Week and everything in between.”

The four main categories for the show include Avant Garde, Trashion, Sustainability and Floriana and it will be a hard decision for the three appointed judges to pick the ultimate winners.

Mildred Ellwood is well-known as a judge and entrant in Fashions on the Field racing events across Australia and has long had a passion for creative self-expression through fashion.

“My love affair with fashion and the arts began as a little girl in Zambia where I grew up intently watching my grandmother make beaded bracelets and tribal necklaces and my uncle who weaved baskets from a range of natural fibres including grass, sisal, raffia and banana leaves,” said Ms Ellwood.

“The concept of the Australian Wearable Art Festival reminded me of these childhood memories where creativity and exploring identity through wearable art was so important.”

“As a young African women living in Australia, it has been important for me to embrace my culture’s traditional values when it comes to style and I am inspired by ethical and sustainable fashion.”

“The Trashion and Sustainability categories have piqued my interest as I love creating outfits from found objects and spend hours scavenging for beautiful recycled fabrics and accessories in op shops.”

The Australian Wearable Art Festival has expanded to two shows this year – a matinee starting at 1pm and the Gala Show where winners are announced starting at 6pm.

Guests will be welcomed to a festive courtyard at Venue 114 where a range of food and beverages will be available for purchase from food trucks and a pop-up bar.

Ms Roe explains that from the moment guests arrive they will be immersed in a world of wearable art.

“It has always been important for us to introduce the artists so the audience can better understand the hours of work often involved in creating these pieces. There will be lots of opportunities to get up close and personal with the artwork and the artists and hopefully be inspired,” said Ms Roe.

Tickets for the afternoon seating start at $50 and the gala event tickets start at $75. To purchase a ticket or find out more visit http://australianwearableart.com.au/

Known as Mr Hollywood in Oz, charismatic media personality Damien Anthony Rossi has show business in his blood – he was raised in a showbiz family in Tinseltown before moving to Brisbane in the early 1990s as a film and television Casting Director and establishing Rossi Casting Group.

Damien sold his casting company to focus on his career as a TV presenter, entertainment and events reporter and other media interests. In 2009, Damien was approached to join Queensland’s most-read newspaper, The Sunday Mail, as a contributor that led to him to become the Socials Editor, covering the state’s biggest and best events for the publication’s iconic social pages. In 2014 Damien joined the cast of Channel 7’s popular lifestyle program The Great Day Out (formerly The Great South East).

His larger-than-life personality and quick wit make Damien one of Brisbane’s most sought-after comperes regularly emceeing events with a Hollywood theme or fashion focus. Damien has hosted everything from the Mercedes-Benz Fashion Festival Townsville and the Channel 7 Brisbane Racing Carnival Fashions on the Field competition to the glamorous annual Gambaro Moet & Chandon Ball and Treasury Brisbane’s star-studded ICON fashion event.

Damien also knows how to throw a party, having hosted for nearly 20 years his own now-iconic annual Academy Awards Night charity event – Rossi’s Oscars, raising more than a quarter of a million dollars for cancer charities and cancer research over the last two decades.

Master of Fine Arts, Peter Dwyer, has been head of department and lectured Fashion Illustration, Styling and Creative at the renowned Whitehouse Institute of Design. This followed his creative output in the field of ceramics with a lecturing role at University of New South Wales, College of Fine Art as well as working with City of Sydney as a cultural recreation officer and ceramics tutor. He also was head of Fashion Design at the Karl Von Busse Institute.

Peter was a judge for Australian Wearable Art Festival in 2019 and recently represented the event in Sydney with his works ‘Wearable Urns’ at the Fabric of Multicultural Australia show in November 2021.

Milly is most well-known for being an active participant and judge for Australia’s leading Fashions on the Field. Embarking on this fashion journey in 2005, Milly was awarded in the Courier Mail Queensland’s Top 50 Most Stylish in 2014, Style Magazine’s Best Dressed Woman in Brisbane 2021, Fashions on the Field Runner-Up in Dubai 2013 from 1020 international contestants and was a Brisbane Racing Club Ambassador in 2021.

Milly was recently featured on Channel 9’s ‘My Way’ production highlighting her fashion style and creativity including her passion for using sustainable fabrics and promoting Australian designers in her looks.

Judy is a Sunshine Coast based multi award-winning couture bridal and red carpet designer, specialising in dreamy custom made bridal and evening gowns for the unique, free spirited and modern woman.

From a young age Judy was always drawn to fabrics and textures designing her first creation out of crepe paper at the age of eight. Her mother was a seamstress at one of Melbourne’s Bridal Studio’s and this first sparked her fascination for the feel and fall of lush fabrics.

Working closely with each and every one of her clients, Judy develops a personal and close relationship during the designing process like no other. Her work is renowned for its unique, intricate, luxe beauty, combining vintage style with a modern contemporary touch. Each gown is hand sewn from her studio in Caloundra using the most beautiful soft tulles, satins, organzas and finest European lace, along with her own hand crafted lace.

Legal glitterati raises $10,000 for LifeFlight with a taste of Barossa in Brisbane